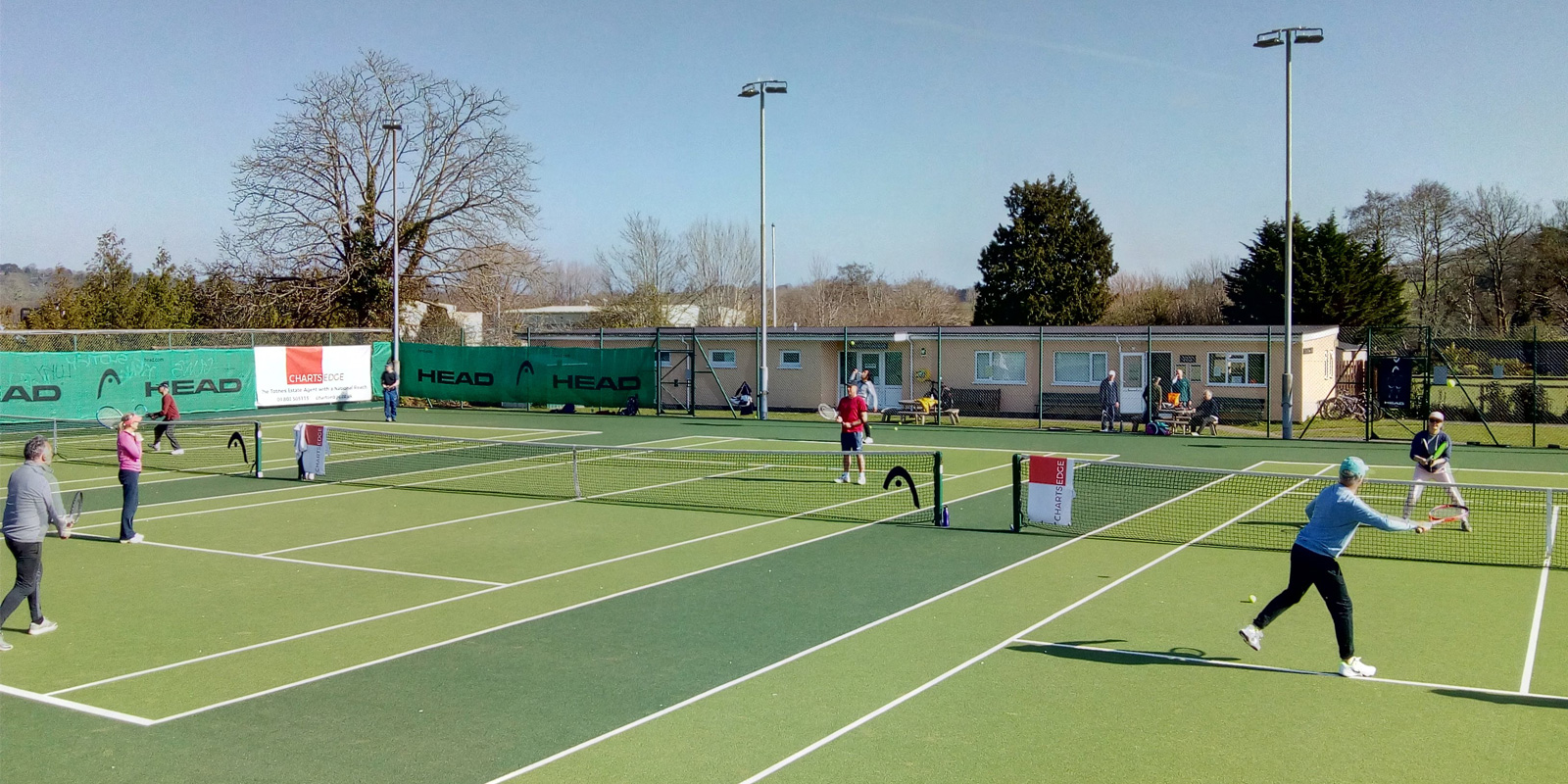 As the morning of Sunday 21 July dawned it was far from pretty. Grey damp skies greeted the hardened volunteers of Totnes Community Tennis Club as they arrived at their club in Borough Park to prepare for its 2nd annual ‘Wood and Whites’ mixed doubles fun tournament. This year it was a charity fundraising event in aid of Breast Cancer UK and so became ‘Wood and Pinks’ – wooden rackets and pink attire were the required ingredients!

Fortunately the sun came out, a huge display of pink bunting adorned the courts, the BBQ was lit, Pimms was cooling in the fridge and so the stage was set for the 32 competitors and many spectators to enjoy a morning of ‘old school’ tennis.

A round robin event of 4 groups of 4 pairs played out timed matches of 20 minutes and the standard of play was excellent considering there was little time for the players to adapt to the very old, and in some cases warped, wooden rackets! All ages from 18 upwards played along with the club’s star wheelchair player Sara Gaisford.

After two very tight semi-finals the competition arrived at the final match with Teya Sheppard & Miles Kevin playing Pat Killer & Francis Porter. Killer & Porter raced into a 4-2 lead and were looking confident but then the fightback began; Sheppard played a stunning running cross court pass which spurred on Sheppard & Kevin to draw the scores level and so we were into a tie-break decider! After more entertaining rallies Sheppard & Kevin finally triumphed as deserved winners.

The whole event was a triumph for everyone with record crowds and at the end of a fantastic day the club had raised £377.00 for Breast Cancer UK.