A magnificent morning of bowling with some glorious sunshine and wonderful hospitality met those who took up the invitation to join the Totnes Bowls Club for a taster session on Saturday. Any pre-conceived myths about the elegant game were soon dispelled as our tennis players were put to task on what proved to be a technically challenging, but highly enjoyable sport. Bowls club members gave the tennis players an introduction to the fine art of the game with 2 hours of coaching. It was a great morning and gave us a chance to experience the excellent facilities next door.

Some of our club members may be interested in the following:
The bowls club can offer a social membership of £10 which enables members to use the clubhouse and bar.
The playing membership for the first year is also £10 which enables access to the club, play socially or even play for a team.

What a bargain! Play some tennis, cool down with a few ends of bowls and enjoy a refreshment in the bar.
The bowls club are very keen to foster relationships with the Tennis club, so it would be great if some of our members could support this offer of coaching and membership.

If you are interested in any of the above ask John Callaway for more details or pop in next door.

We found out during the morning that Keith has what it takes, he knew the rules for a start and the dark horse is already a member! 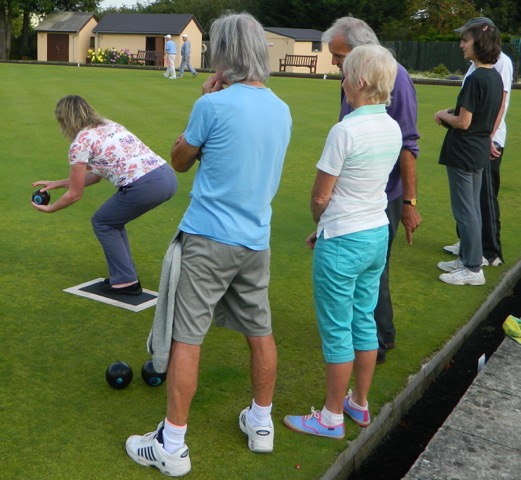 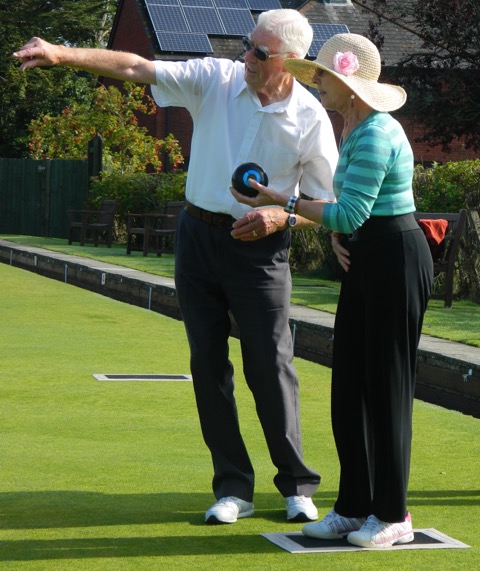 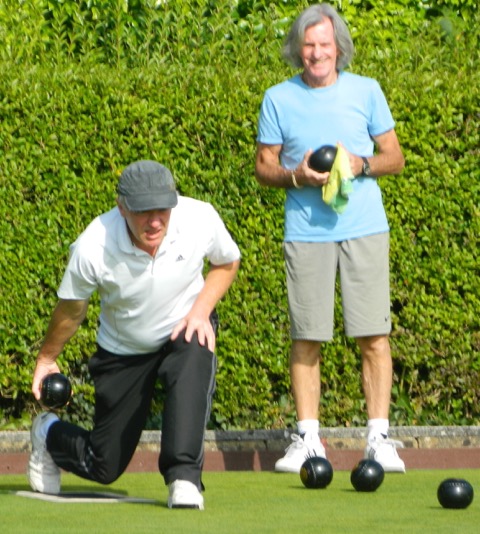 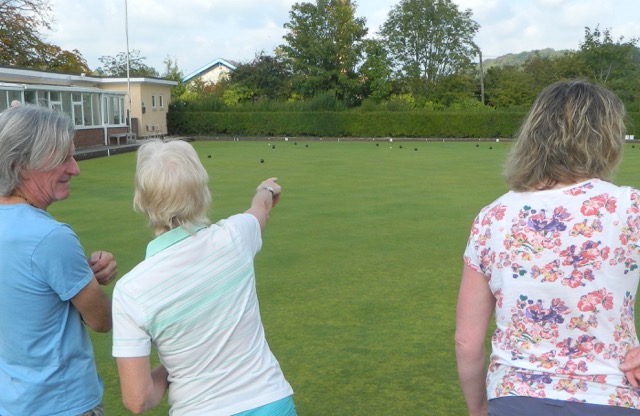 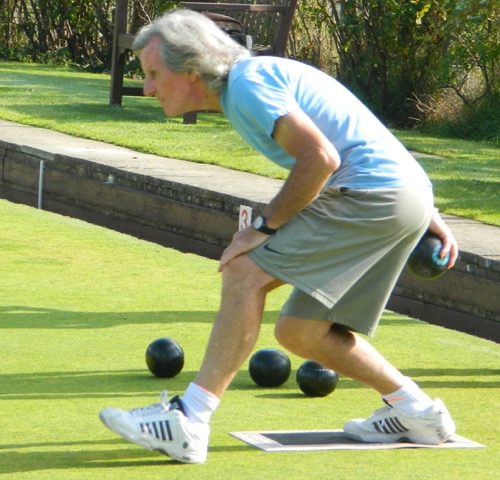 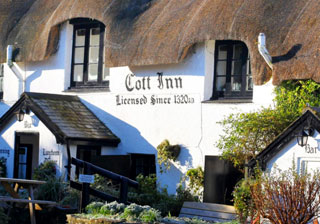 New social secretary John Callaway decided to open his professional portfolio for TTC with an ambitious collaboration. After first considering a coach trip to the Large Hadron Collider buried under the Franco-Swiss border, and then entertaining the notion of the Club ascending Snowdon by mule, he woke up one morning from a Tapas dream and told Liz that the destination was just round the corner. Thus it was that Mark ‘Top-Spin’ Annear and the Cott Inn were engaged.

At first there was anxiety about numbers. Some in the Club thought that now the Hadron Collider was cancelled the resentment and disappointment would be so great that there would be a protest and only a handful would turn up. After all, who would want to sit out on a warm August evening laughing and chatting when they could be hammering down an endless French motorway? And who would want to be served succulent tapas and giddy sangria by a smiling maid when they could be arriving exhausted at a Spartan motel too late for anything but something cold in a packet which you couldn’t pronounce?

But they came. They came so much that by 8 o’clock it was as if half the Club was milling around the tables on the terraces set aside for the occasion. And the best thing was seeing Lady Jane Chalcraft there, smiling and joking again and part of it all, so soon after having at last triumphantly concluded the slow return from that journey we all dread to take. Husband Don sat opposite – or tried to. Whether it was too much from the jug that did it, or some strange clownish re-enactment of his stepping down from the TTC Chair, he missed the bench when he went to sit. And down he went, sprawling full-length on his backside and heroically trying to look as if it was a scheduled entertainment meant to draw applause. Shortly after this rather vulgar novelty, some sort of singing broke out from the table where our vice-Chair Keith was presiding, but as is often the way with the voice driven recklessly by alcohol, it careered jubilantly in the air above and then suddenly dived and expired in splutters of ambient laughter.

As the evening darkened, Mr Callaway had the bright-eyed look of a man making faraway plans again, perhaps a TTC skittles-on-ice event in the Baltics, or something less ambitious like scuba ping-pong, but I now hear that a gentle afternoon with the Bowls Club is being arranged. So the Club will for the second time be saved from gruelling and peculiar excursions and find pleasure in going just round the corner.

Well done and thank you, John and Mark. You gave pleasure to a lot of tennis players and promoted the kind of chumminess that feeds the fire at the heart of the Club. 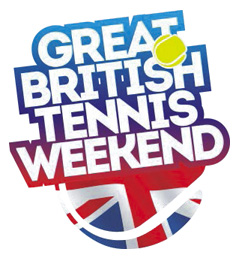 Wow! What a fantastic day : Saturday 13 June at Borough Park.

“In all my time in this town I’ve never seen so many kids on our courts at one time,” said born and bred Totnesian and Totnes Tennis Club (TTC) member, Graham Hayman as he reflected on the huge success of the Great British Tennis Weekend held at the Totnes Tennis Club last weekend. It was game set and match to the sport as nearly 70 adults and children grabbed a racket and spent a fun few free hours hitting tennis balls, being guided by LTA coaches Tonia and Nigel, sampling the free BBQ and refreshments, and generally enjoying being outside doing sociable exercise in the sunshine. Read the full report on our GBTW page.